Nobu Hospitality Announces that the Nobu Hotel Riyadh has been Welcomed by “The Leading Hotels of the World” as a New Provisional Member, with the Hotel led by Newly Appointed Key Executives.

NEW YORK, Aug. 27, 2013 /PRNewswire-iReach/ — Nobu Hospitality announced that the Nobu Hotel Riyadh has been accepted as a Leading Hotel of the World with provisional membership to be converted to full membership status upon opening of the hotel.  Leading Hotels of the World is the prestigious luxury hospitality organization representing the world’s finest hotels, resorts and spas, with offices in more than 20 major markets across the globe.

Dhaliliyah Est, a Saudi Arabian investment and development group and Nobu Hospitality anticipate identifying wider global opportunities to build on the strengths of the two organizations and are exploring specific expanding opportunities with other destinations.

Todak has been a driving force in the hospitality industry for the past 25-years most recently as General Manager at the Acqualina Resort, achieving the coveted AAA Five Diamond award, previously having attained the winner of the Conde Nast Travelers coveted “Hotel List” for The Betsy Hotel South Beach.  Todak was the opening General Manager of the Hard Rock Hotel San Diego, having previously served as the General Manager of the Hard Rock Hotel Chicago gaining for both the AAA Four Diamond status and the Conde Nast Hotel List award.  Todak has held a variety of key management positions in New York and Miami with hotel groups such as Chris Blackwell’s Island Outposts with the Tides and Marlin Hotels, Ian Schrager’s Morgans Hotel Group with the Delano, Shore Club and Paramount Hotels, and Hilton’s Waldorf Astoria

Nobu is one of the premier luxury lifestyle brands in the world and is owned by Chef Nobu, Robert De Niro and Meir Teper. With operations spanning five continents, the Nobu brand thrives in many global capitals as a focal destination. The natural growth of the Nobu luxury brand built on service, image and hospitality offers the complete spectrum of hotel and restaurant management for unique projects around the world. www.NobuHospitality.com 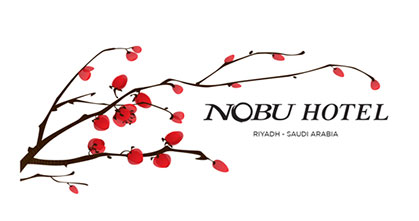